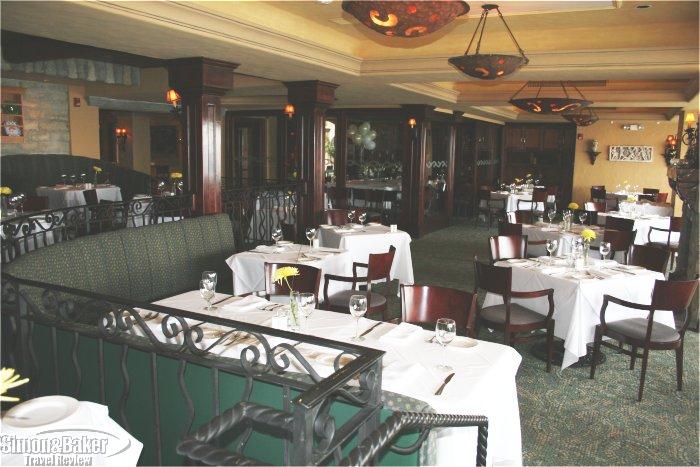 The next time I’m in La Jolla I will return to Azul to enjoy the chef’s seasonal dishes and the remarkable ocean scenery.


Overall Impression Azul offered fine dining with a magnificent ocean view. Because I arrived extra early I was able to take my pick of seats next to the floor to ceiling windows that draw the eyes of everyone in the dining room. I chose a front row seat to the Pacific Ocean. From there I could see the dark ocean waters and the beautiful landscapes of the La Jolla Cove to the south and La Jolla Shores to the north. Although the sun had been brilliant a few hours earlier, by the time I arrived at Azul mounds of clouds had rolled in and the colors were gray and muted. Even so the vista was inspiring.

Often restaurants with such extraordinary views disappoint when the meal arrives. This was not the case at Azul. Every dish was colorful, appetizing and tasty. Chef Balliet and his staff clearly work hard to serve 160 guests when the restaurant is full. At the same time I had the distinct impression they enjoyed their work and constantly strived to take it to the next level.

My favorite dishes were the tuna tartare (raw tuna) which was soothing with subtle layers of flavor and surprising textures; and the hearty roasted quail with a comfort food appeal. The next time I’m in La Jolla I will return to Azul to enjoy the chef’s seasonal dishes and the remarkable ocean scenery.

Location On an ocean facing street in the heart of the town of La Jolla, California

Opened-Renovated Azul La Jolla opened in May of 1999. The company considers it the jewel of the Morton family’s thirty-year San Diego success story.

Size The restaurant could accommodate 160 guests in 5,000 square feet of door space. There was a casual dining outdoor section that could seat 60 in a space of about 1,000 square feet. There were 56 part and full-time employees.

About The Executive Chef At fourteen, Orion Balliet convinced his mother to let him home school to enable him to spend his “leisure time” apprenticing under a French Master Chef. He later enrolled in San Francisco’s California Culinary Academy where he graduated with honors. Chef Balliet worked as sous chef under the tutelage of the “father of California Cuisine,” Jeremiah Tower.

The chef’s lust for knowledge sent him around the globe on a seven-month, twelve-country culinary education tour of Europe, including Southern and Mediterranean nuances. A subsequent two-month art and cuisine tour of Thailand provided significant influence for his menu creations.

Chef Balliet’s list of credits included a position as executive sous chef of the Villagio Inn & Spa in Napa Valley. He was also executive chef of the 4-star, 4-diamond, Bellevue Club Hotel outside Seattle, Washington; executive chef of Café Pacific in Dallas, Texas; and executive sous chef of the Stars Café in San Francisco. In addition to an Associate in Occupational Studies from the California Culinary Academy, Chef Balliet holds certifications from the Foley Fish Institute in Boston, Massachusetts, and the Hotel Gritti Palace Cooking School in Venice, Italy.

Other There was a glass-enclosed Wine Room with an ocean view and seating for 20.

Service The staff were friendly and efficient 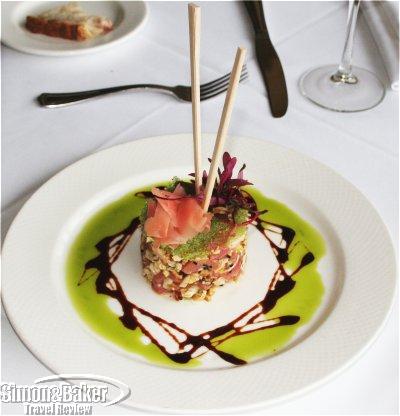 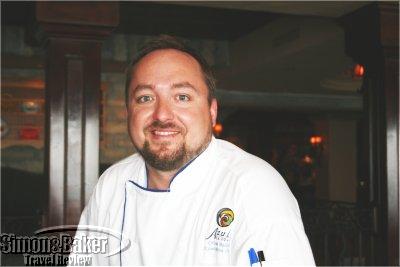 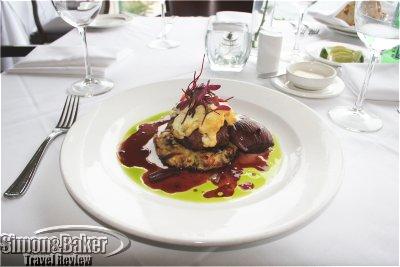 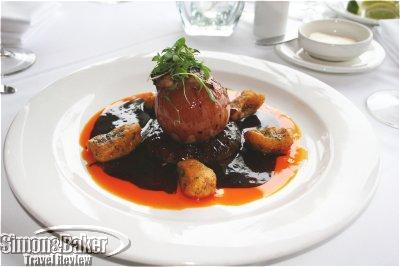