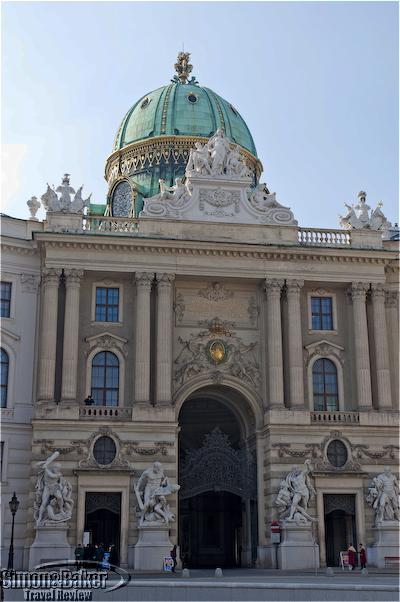 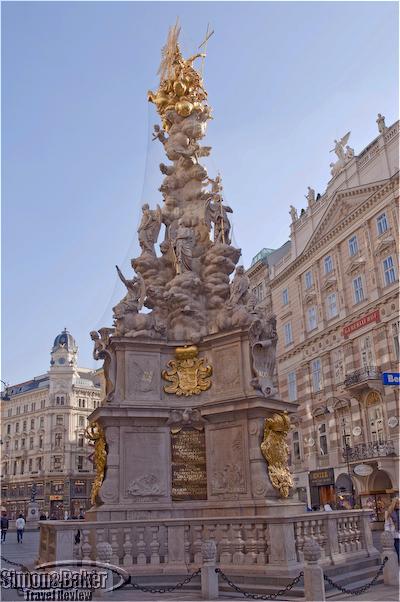 Whether for culture or nature tourism, winter or summer, Austria is a popular holiday destination in Europe, and one that I always find a new reason to revisit.


Overall Impression As the core of the Habsburg Dynasty for over half a millennium, Austria developed a rich cultural heritage with two widely diverging personalities. First there is Vienna on the Danube in the eastern reaches of the country, which was home to the Habsburg court from the end of the Middle Ages until the fall of the Austro-Hungarian Empire at the end of the First World War. Throughout the centuries it grew into one of the leading capitals of Europe, filled with grand palaces and monuments; and it became a beacon of the arts, especially music. Today, with a population of 1.7 million (20 percent of Austria’s total population) Vienna remains Austria’s political, cultural and economic center. Here, history and traditions meld with contemporary vitality to create an especially stimulating environment. Meanwhile at the western tip of the country, nestled within a picture-book alpine landscape, the lovely baroque city of Salzburg, birthplace of Wolfgang Amadeus Mozart, has attained international fame among music lovers for its annual Salzburg Festival. Outside of Vienna, however, Austria has remained a mainly rural environment of small communities, slow-paced and steadfastly attached to their traditions, some said to date back to Celtic and Roman times.

With the Alps covering over three quarters of the country, Austria has long been a favorite with tourists who value its unspoiled natural beauty. Winter sports enthusiasts appreciate its abundant snow and quaint ski resorts that have retained the cozy, family-friendly atmosphere of the farming villages they once were. Meanwhile in the summer, these same slopes become an idyllic setting for hiking, mountain climbing and cycling, while the clear mountain streams and lakes invite all manners of water sports.

Whether for culture or nature tourism, winter or summer, Austria is a popular holiday destination in Europe, and one that I always find a new reason to revisit.

Cost Of Visiting For American travelers, with the exchange rate of the dollar versus the euro historically low at the time of my visit, prices were generally expensive.

How To Get There There were regular flights to Vienna International Airport from most major European cities. Austria could also be easily reached by car or train from many parts of Western and Central Europe.

Location In Central Europe, bordered by Germany and the Czech Republic to the north, Slovakia and Hungary to the east, Slovenia and Italy to the south and Switzerland and Liechtenstein to the west.

Time GMT/UTC plus one hour

Transportation Austria had a good highway and road network and an equally well-developed national railroad system with reliable and comfortable intercity trains. I chose the latter for travel within the country as a relaxing and cost-effective alternative car rental. One frustrating detail when planning my visit was the user-unfriendliness of the Austrian Railways website. While it provided a detailed and accurate schedule, its on-line booking feature appeared defective. I spent countless hours in the weeks preceding my visit in an unsuccessful attempt to purchase my tickets on-line. I finally gave up and used the services of a travel agency upon arrival in Vienna, where the transaction was easily completed in a matter of minutes. Within Vienna, the city center was easily walkable. There was a good public transportation network of trams and subways within the urban area. Both were dependable and clean. Metered taxis were readily available and reasonably priced.

Shopping In Vienna, the abundance of art, antiques, international fashion and luxury goods was such that shopping was limited only by taste, budget and airline luggage allowance. The center of town was bursting with souvenir shops focusing mainly on imperial and Mozart-related trinkets and memorabilia. In East Tyrol, where traditional clothing is still worn on special occasion, there were well-stocked shops offering attractive, high quality and pricey Tyrolean fashion items.
Tourism Highlights
East Tyrol And Lienz One of my favorite country get-away destinations in Austria is East Tyrol, in the remote southern part of the country. Surrounded by steep alpine pastures and lofty peaks in a valley where the Alps meet the Dolomites, the quaint little medieval town of Lienz (the main city in the area with 13,000 inhabitants) stands at the confluence of two pristine mountain streams, the Drau and the Isel. The climate is usually mild here, with a sunny disposition that reminds me that Northern Italy is only a couple of hours away. With its scenic beauty, a handful of well preserved medieval manors and churches, and excellent skiing facilities right in the center of town, it offers just the right amount of activity to make for a relaxing interlude whenever my travels take me to the area. However, my personal main attraction to the city is the superb hospitality of its five-star GrandHotel Lienz, home to one of the best spa facilities I have come across anywhere.

Music Vienna is arguably the classical music capital of the world. Not only did many of the great European composers live there, but also it is to this day home to four opera houses and a number of famed concert halls. The program for these prestigious venues is always well documented and advertized throughout the music world. One drawback is that they are immensely popular with Viennese as well as tourists, so that it is imperative to plan well ahead in order to secure tickets for these great performances. As an impulse traveler and concertgoer, I am often disappointed when I try to secure last-minute seats. However, in Vienna, great music is not limited to prestigious venues. Almost every day of the week, smaller neighborhood halls and churches offered quality performances that could be enjoyed on short notice. A favorite of mine was the free organ concert that takes place at the Saint Stephen’s Cathedral several afternoons a week at 3 p.m. All I had to do was wander in, sit down and enjoy whatever flowed from the superb instrument, while gazing at the light streaming through the high stained glass windows.

Salzburg Clear across the country to the west, tucked in a deep alpine valley bisected by the Salzach River, the picturesque baroque center of Salzburg is considered one of the best-preserved in central Europe. It was listed as a UNESCO World Heritage Site in 1997. However, architectural attractions notwithstanding, Salzburg owes most of its 20 th century celebrity to the performing arts. It is home to the internationally acclaimed Salzburg Festival of music and drama held each summer for five weeks starting in late July. Additionally the Salzburg Easter Festival, started in 1967 by the great Austrian conductor Herbert von Karajan attracts opera lovers to the city from the Palm Sunday weekend until Easter Monday.

Vienna For first-time visitors the “guide-book musts” are many and well documented. In the heart of the city, the Hofburg Palace, principal imperial winter residence of past emperors, grew over the centuries to the size of a city neighborhood. Today in addition to being the residence of Austria’s president, it houses a number of museums including the imperial apartments and the Schatzkammer (treasury) with the treasures and jewels of the Hapsburg Dynasty. At the edge of the grounds, the Spanish Riding School offered daily performances. Additionally, the training sessions (with music) of the world famous white Lipizzaner horses were open to the public.

Museums Directly across from the Hofburg Palace are the sprawling Kunsthistorisches Museum (Art Museum) filled with old masters paintings and ancient and classical artifacts, and the Naturhistorisches Museum (Museum of Natural History). Then, just across the Ringstrasse (or simply the Ring), the wide boulevard that circles the city center, the former imperial stables were converted in the 1990’s into a museum complex that houses, among others, the Museum of Modern Art and one of my personal favorites, the Leopold Museum.

The Leopold Museum holds a treasure trove of Austrian Modernist masterpieces, including the world’s largest collection of the works of the great figurative painter of the early 20 th century Egon Schiele. Although he died at the age of 29 in 1918, he left an incredible body of work, of which 330 oil canvases and over 2,500 drawings are part of the Leopold’s collection. In addition to his major works on permanent display, a number of paintings by Gustav Klimt, Oskar Kokoschka and others are found there, as well as an extensive collection of Art Nouveau jewelry and crafts.

Another favorite of mine is the Belvedere, a 20-minute walk south of the Ring. Built in the early 18 th century as the summer residence of Prince Eugene of Savoy, the complex consists of two baroque palaces, the Orangery and the stables. Its gently graded grounds with tiered fountains and cascades are reminiscent of France’s Palais de Versailles. Now a museum complex, it houses a collection of Austrian art from the Middle Ages to the present. However its main attraction is the world’s largest collection of works by Gustav Klimt (including the world-famous golden The Kiss and Judith I ) in the Upper Belvedere . At the far end of the gardens, the Lower Belvedere hosts an extensive compilation of medieval and baroque art, and various temporary exhibits. 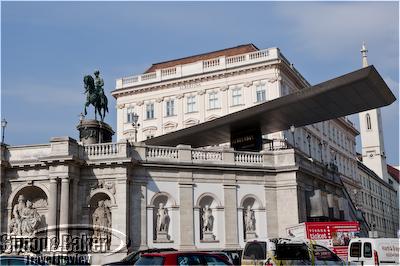 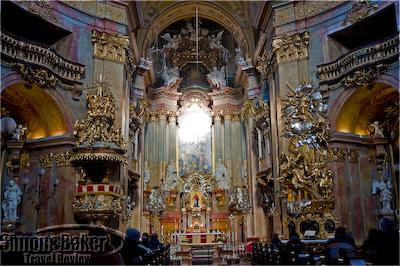 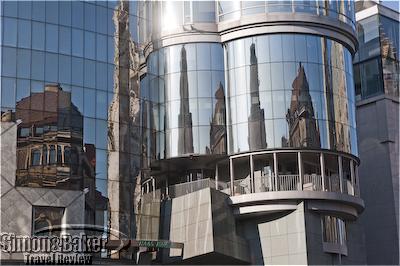 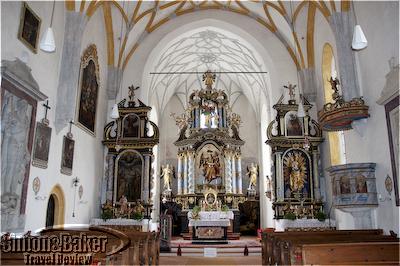 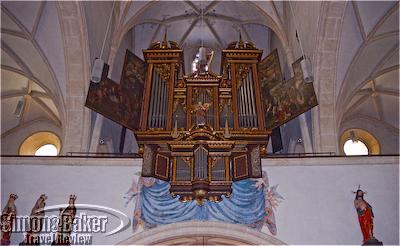 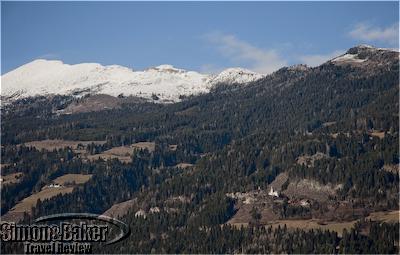 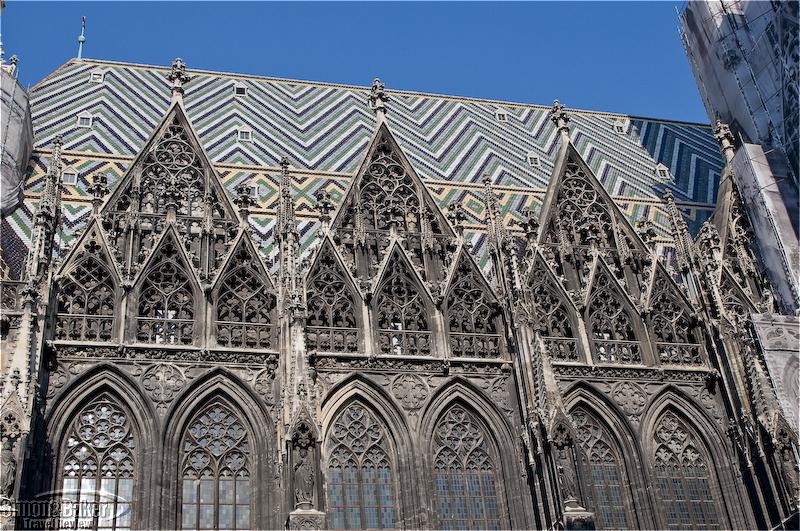 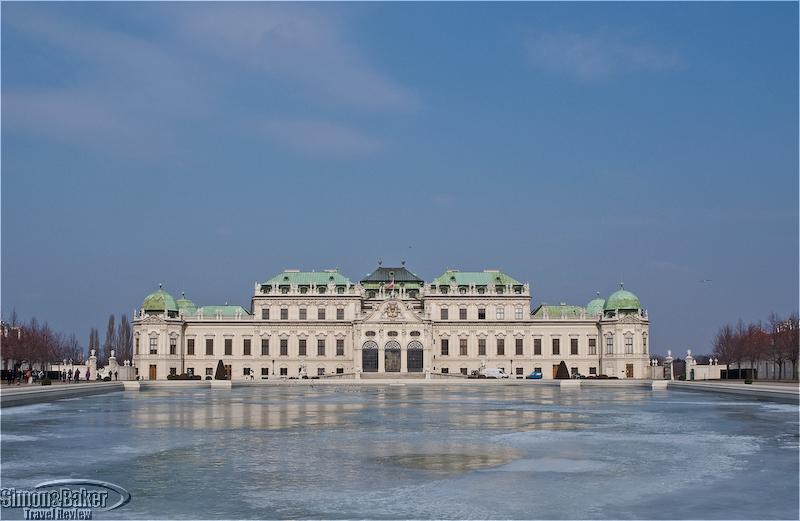 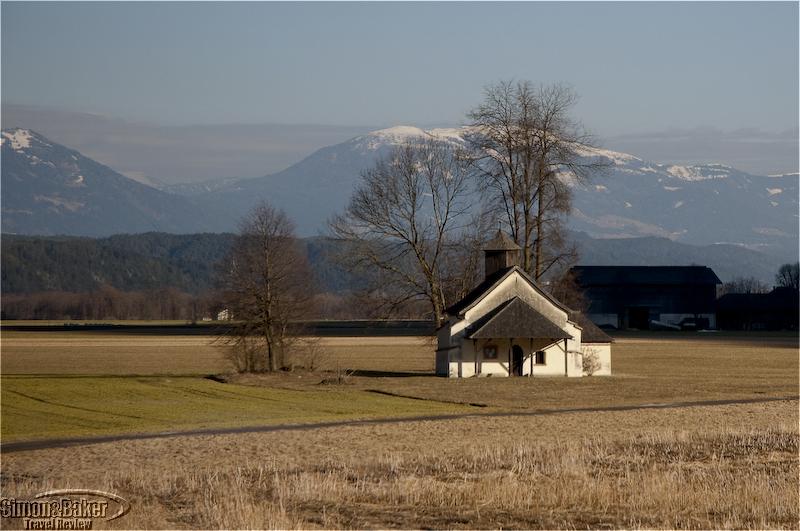