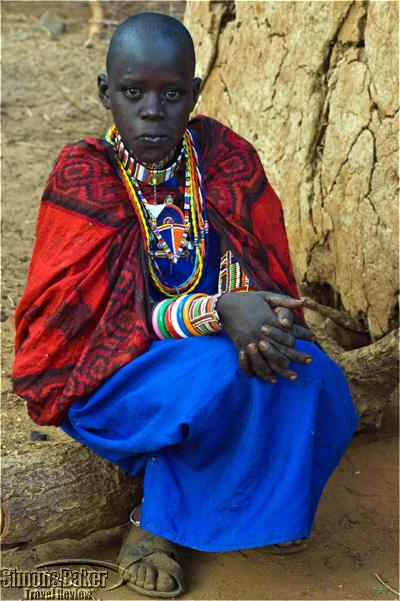 It was an experience I will recommend as a “must” to environmentally and socially conscious friends planning a visit to Kenya.


Overall Impression A secluded tented camp under the giant umbrella of a thorn acacia tree; elephants wandering across a grassy plain against the majestic backdrop of the snow-capped Mount Kilimanjaro; proud Masai nomads herding their cattle in the distance? My Amboseli Porini safari epitomized the timeless romance of the Kenya! The breathtaking outline of Kilimanjaro filled the horizon as we entered the Selenkay Conservation Area, a 15,000 acre (60 square kilometer) private game reserve where the camp was located, at the northern edge of Amboseli National Park. A cheetah flashed across the track just ahead of us. Further on, a pair of elephant cows and their calves showed us less concern. We waited until they cared to let us go by. Giraffes peered over the treetops. Potbellied warthog piglets scampered behind their mother. By the time we reached the camp, I had already enjoyed a rich impromptu game drive. There, I was warmly welcomed by the camp manager, Tony Musembi and members of the Masai staff, and shown to my tent: a large, comfortably furnished sleeping room and bathroom. I was pleased to notice the environmentally-friendly features of my accommodation: solar electricity, bush shower and the absence of any permanent foundations or fixtures. After enjoying a late al fresco lunch in the shade of an acacia and ample time to settle in, I was escorted to the nearby Masai village for a visit.

This proximity to the local Masai community was unique at Amboseli Porini Camp. The camp was a cooperative venture between its owners, Gamewatchers Safaris and the Kisonko clan of the Masai people who owned the Selenkay conservation land. Aside from the camp management and the head chef, all members of the staff were local Masai. I had several opportunities to walk with Masai warriors who discussed with me various aspects of their culture, traditions and how indigenous natural resources were used by the community. I was able to interact with the men, women and children of the village, visit their homes, observe the activities of their daily lives and enjoy their ceremonial songs and dances. This alone would have made my visit to Amboseli Porini Camp an exceptional experience. But it was only one part of the overall program.

The next morning found me in one of the camp’s custom-designed open-sided Land Rovers on the private four-wheel-drive track that linked the Conservancy to Amboseli National Park. The abundance and variety of game was startling in the conservancy as well as the park: lions, cheetahs, caracals, hyenas, buffalos, zebras, wildebeests and gazelles galore; and bird species too numerous to recall. Most thrilling of all was the dense elephant population. At recent count, more than 1,000 of the great pachyderms were said to live in the park, many of them on the move wherever I went; large swaying herds stirring red dust across the plain, unerringly heading toward the grassy swamp in the distance. Unconcerned by our presence, they sometimes came so close to our vehicle that I felt tempted to reach out. I was back at camp with time to relax before heading out again to just the right vantage point to enjoy the stunning African sunset. An unhurried night drive followed, a great opportunity to observe the nocturnal fauna.

My time at Amboseli Porini was everything I had imagined a Kilimanjaro safari should be: legendary vistas, superb game viewing, comfortable accommodations in an environmentally responsible setting, knowledgeable local guides and warm and attentive staff. It was an experience I will recommend as a “must” to environmentally and socially conscious friends planning a visit to Kenya.

Handicapped Access Handicapped guests could be accommodated by prior arrangement on a case-by-case basis.

Location In the Selenkay Conservancy, a private reserve adjacent to the north side of Amboseli National Park, 150 miles (240 kilometers) southeast of Nairobi.

Size The 10 acre (four hectare) camp consisted of nine guest tents capable of accommodating up to 18 guests. It employed a staff of 28, including three guides and three spotters.

Year Open-Renovated The camp opened in 1997. The common tent and six of the nine guest tents were replaced in 2007. The remainder were refurbished in 2007 and scheduled for replacement in 2009.

Lobby And Common Areas The common tent was a combination lounge and dining area. Two long wooden tables surrounded by rustic wooden chairs occupied the rear of the tent. The seating area consisted of a wrought iron sofa and three armchairs with thick ecru canvas cushions arranged around a large square wooden coffee table. The tent opened onto a sandy area shaded by a tall acacia, where a fire pit surrounded by green canvas director’s chairs was an inviting gathering place for evening cocktails or after-dinner fireside chats.
Bathroom The roomy bathroom occupied the rear quarter of the tent. The white porcelain sink was set in the wooden countertop of the vanity, topped by a square mirror. A flush commode occupied one rear corner of the bathroom, with a large shower with canvas walls and curtain in the opposite corner. There was cold running water in the sink. Hot water was delivered on demand for the bush shower in the canvas bucket hanging above the tent. A tall towel rack sat next to the shower. It held two each oversized white bath towels, face towels and face cloths.

Room My 360 square foot (33.5 square meter) tent, Number Eight, sat on level, sandy ground covered with weatherproof floor matting. The tent entrance was the usual zippered “door.” Side walls were zip-up flaps over mosquito-netting covered panels for an airy feeling and excellent ventilation. Inside, two double beds with wooden headboards, each with their own bedside table and reading lamp occupied one side of the tent. The opposite side held a writing desk with a canvas armchair. A partition separated the sleeping room from the bathroom. It held an open-front armoire with storage shelves and a clothes-hanging rod and a luggage rack. Cowhide throw rugs covered the floor matting. Indoor lighting was produced through solar electricity. In front of the tent, a large awning-shaded area with two canvas chairs and a small wooden table was a tranquil spot to relax and watch the many birds that visited the acacia canopy above.

Food The food was wholesome and plentiful. A choice of continental or full English breakfast was prepared and served on demand. Lunch was buffet-style and included an assortment of salads, savory pies, cold meats, fruit and cheeses. Dinner was plated and formally served. It started each night with a delicious homemade soup, followed by a meat or fish main course. Desserts were such temptations as crème au caramel and lemon sponge pudding. All baked goods were produced daily in the kitchen’s brick oven. For my full-day visit to the Amboseli National Park a picnic lunch of cold chicken, vegetable pizza wedges, watermelon and cookies was provided.
Amenities All game watching activities, meals, soft drinks, water, coffee, tea as well as a limited selection of alcoholic beverages were included in the nightly rate. Alcoholic beverages available at the camp were house wines, beer and gin. The morning wake-up call included tea or coffee and freshly baked cookies delivered to the tent. Bathroom amenities included hand-made natural bath soap, a pump bottle of body lotion and a ceramic container of soap powder for personal laundry. Bottled water was provided for oral hygiene and drinking. A basket held spray cans of room and body mosquito repellent.
Game Viewing Game viewing was superb in the Amboseli National Park and in the Selenkay Conservancy, with the Conservancy offering the additional opportunity of night-time game drives with powerful spotlight and off-road driving to get closer to the game, neither of which was allowed in the park. All game drives were in one of the three canvas-topped, open-sided Land Rovers, each with three tiers of two individual seats. Although the vehicles could seat six guests, we were never more than three in my vehicle. My gregarious and most knowledgeable guide, Harry Maina, and his eagle-eyed Masai spotter Jonah were outstanding at finding game, including a rare eight-inch long flap-neck chameleon concealed in a bush at the end of a night drive! Harry was also expert at positioning the vehicle to allow for the best photographic angle.

Activities In addition to morning, sundowner and evening game drives, visits to the nearby Masai village and nature walks with Masai warriors were available.
Curios There was a Masai “craft center” on the premises in a small hut opened a few hours daily. It offered a variety of traditional beaded jewelry and crafts made by the women from the local village, at market prices.

Other Because of the proximity to wild game, children had to be at least nine year old to stay at the camp.

Amboseli Porini Camp was run and maintained according to strict responsible tourism guidelines regarding conservation of the environment, management of resources, solid waste and sewerage disposal as well as providing development opportunities for the local community. At the time of my visit 90 percent of the staff was local Masai, including a chef and chef-apprentice. The three spotters were studying for guide certification, and several members of the household staff were being trained for game spotters and in-camp visitor-facing functions.

Shortly after my visit Porini Safari Camps and its parent company Gamewatchers Safaris were honored with the Responsible Tourism Award for “Best for Conservation of Endangered Species outside Protected Area” at the World Travel Market in London. The award, sponsored by Virgin Holidays, recognized Porini/Gamewatchers “for demonstrating that a high revenue, low impact tourism development approach can benefit the local Masai through developing conservancies and tourism in partnership with safari companies to create employment and community income and to conserve their land for wildlife.”

Service My tent was serviced twice daily, a morning cleaning and evening turn down service . Every member of the staff was consistently attentive, friendly, helpful and professional. 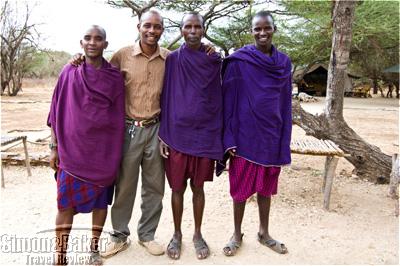 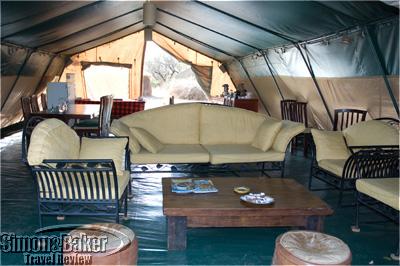 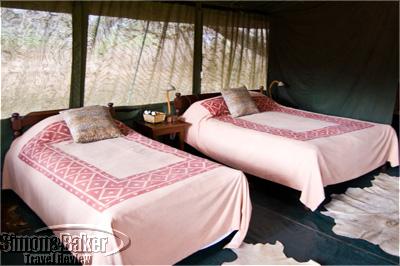 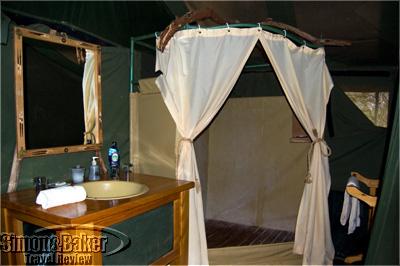 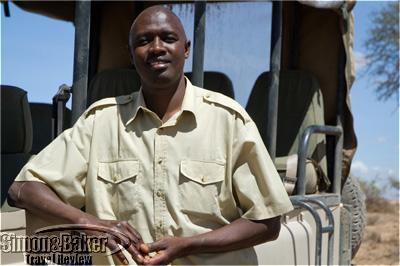 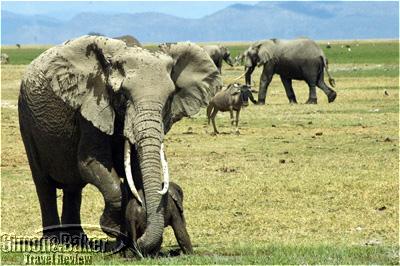 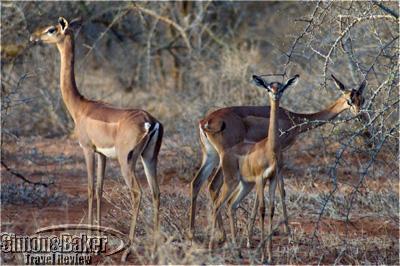 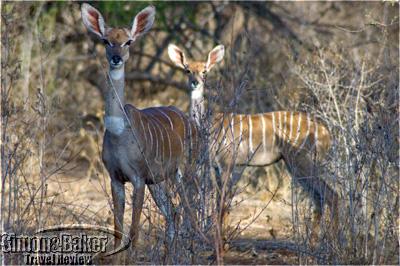 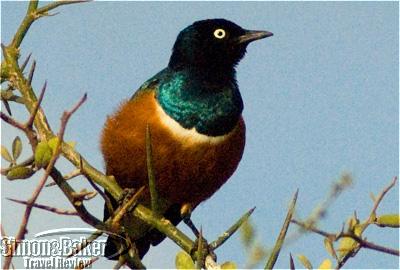 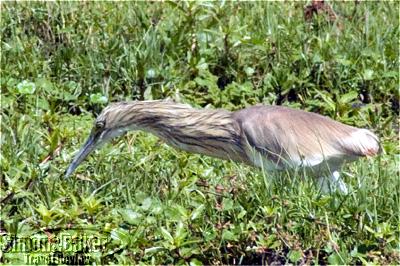 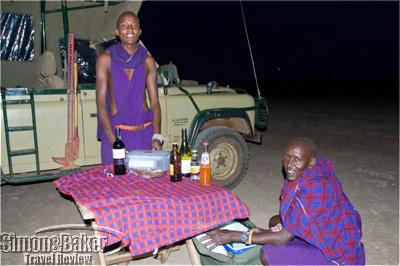