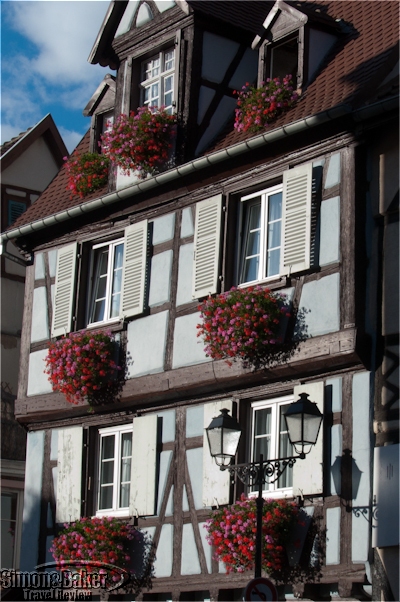 With its easy train and road access from Paris as well as the proximity of nearby German and Swiss cities, whether for its gastronomy or medieval culture, Alsace has become an ever more popular tourism destination.


Overall Impression The history of Alsace is well documented, as far back as 58 B.C. when along with the rest of Gaul (great swaths of what is now France) it was conquered by Caesar. Rome attached the region to its Germania Superior province. Thus began a tumultuous two-millennia history during which this wedge of rich alluvial plain, 190 kilometer (118 mile) long by 50 kilometer (31 mile) wide at its largest, between the western bank of the Rhine River and the Vosges Mountains changed hands several times between France and Germany. This generated a unique culture that, while remaining resolutely French, abounds with unmistakably German elements in its traditions, architecture, arts and cuisine.

The Romans also molded the landscape of Alsace when they developed viticulture in the area. Today, the undulating hills are streaked with vineyards punctuated by picturesque half-timbered villages where winemaking has remained a proud tradition for centuries. While this has preserved a vibrant rural life, one-third of Alsace’s population of two million now lives in its three main cities: Strasbourg, Mulhouse and Colmar. The largest, Strasbourg, is the regional capital as well as seat of the European Parliament. Its large, well-preserved historic center is a medieval cityscape of tall black and white timber-framed structures, dominated by the famous sandstone gothic Cathédrale Notre Dame with its soaring single spear and astronomical clock. Mulhouse, the second largest and southern-most city of Alsace, is mainly known as an industrial hub. Meanwhile, in the center of the region, Colmar stands at the heart of what is known as La Route des Vins , a 170 kilometer (106 mile) road that meanders north to south through the vineyards. With its cobblestone streets lined with brightly colored half-timbered homes, ancient canals and the Unterlinden Museum with its rich collection of gothic and renaissance masterpieces, Colmar is one of the top tourist attractions in Alsace.

Like its wines, the gastronomy of Alsace is world-renowned, based on such delicacies as paté de foie gras (goose liver paté, which originated here in the 18 th century), its impressive array of local charcuteries and smoked fish as well as the iconic choucroute garnie (a mild type of sauerkraut simmered in white wine with pork meats and sausages) and Munster cheese. In recent decades, a number of excellent chefs have used this bounty to develop a new, somewhat lighter cuisine inspired by the traditional dishes, attracting the attention of gourmets as well as oenophiles to the area in ever growing numbers.

With its easy train and road access from Paris as well as the proximity of nearby German and Swiss cities, whether for its gastronomy or medieval culture, Alsace has become an ever more popular tourism destination.

How To Get There Alsace is easily accessible from just about anywhere in Europe via air, road and train. The Strasbourg-Entzheim International Airport receives flights from most main European cities and beyond. Major highways link the area to Paris as well as Germany and Switzerland (via Stuttgart and Basel respectively). The most efficient and comfortable way to travel to Alsace from Paris is via one of the several daily high speed TGVs ( Train à Grande Vitesse ) that reach Strasbourg in a mere two hours and twenty minutes, before continuing on to Colmar and Mulhouse.

Location In northeastern France. Alsace is bound by Germany to the north, the Rhine River (and Germany beyond) to the east, Switzerland to the south and the Vosges Mountains to the west.

Technology High-speed Internet connectivity and mobile phone reception were widely available in and around the cities and the plain villages. Service was erratic in some rural areas of the foothills of the Vosges.

Time GMT/UTC plus one hour

Transportation Local trains and buses link the various cities, towns and even villages of Alsace. Thanks to the short distances between them, the area also attracts cyclists and hikers. However, for those less athletically inclined or short on time, renting a car is the best option to explore at will.

Shopping In addition local wines, fruit brandies, foodstuff and Christmas themed goods, there were local woodcarvings and an abundance of tourist trinkets.
Tourism Highlights For first time visitors, the “guidebooks musts” are well documented and too many to mention here.

In Strasbourg alone, where the entire city center was classified a World Heritage Site by UNESCO in 1988, the neighborhoods around the stunning gothic cathedral have retained their medieval character. Best known is the Quartier des Tanners (tanner’s neighborhood) along the Ill River. The city also boasts of several notable museums including the Musée de l’Oeuvre Notre-Dame adjacent to the cathedral. It houses a large collection of medieval and renaissance Upper-Rhenish art, including original plans, sculptures and stain glass from the cathedral. The nearby baroque Palais de Rohan houses the Musée des Beaux Arts (Fine Arts Museum) with a significant collection of old European masters including Tintoretto, Paolo Veronese, Francisco de Goya, El Greco, Sandro Botticelli, Peter Paul Rubens, Anthony van Dyck and Hans Memling.

Chateau Du Haut Koenigsbourg Perched on a 700 meter (2,300 foot) ledge of the Vosges Mountains, overlooking the plain of Alsace and the Rhine River, this beautifully preserved 13 th century fortress is now a museum furnished with period furniture. Its breathtaking view of the plain illustrates its original strategic purpose.

Christmas Markets are a deep-rooted tradition in Alsace during Advent, offering all manner of locally crafted goods of the season, including wood, pottery and blown glass Christmas decorations and hand carved wooden nativity figurines. They also carry a large variety of Holidays foodstuff. They are hugely popular with the tourists and draw upwards of two million visitors per year. The largest and most famous ones (also the most crowded, especially on weekends) are in Strasbourg, Mulhouse, Colmar and Kaisersberg.

La Route Des Vins D&Rsquo;Alsace wends its way north to south from Marlenheim to Thann through a succession of villages and towns, many of them featuring characteristic half-timbered facades and window-boxes overflowing with cascading red geraniums. The walled village of Riquewihr, classified as one of the most beautiful in France, is a mere 12 kilometers (seven miles) from Colmar. Nestled in the middle of some of the most prized wine growing land in the region it is still home to families, such as Hugel and Sons, who trace their uninterrupted winemaking tradition to the early 17 th century.

Mulhouse has two notable museums: La Cité du Train (considered one of the largest railway museums in the world), and the Musée National de l’Automobile, The later contains the most extensive collection of Bugatti motor vehicles in the world.

Colmar Located in the middle of the Route des Vins (and the self-proclaimed capital of Alsatian wines) this laidback little town (population 65,000) has a lived-in atmosphere and inviting, walkable streets filled with architectural landmarks spanning eight centuries of intermingled French and Germanic evolution. Mainly spared the destruction of the French Revolution and the two world wars, it retained its homogenous character, including a network of canals from the peaceful River Lauch, where the tanners’ and fishmongers’ quarters were once located. The farmers also used the canals to ferry their products to the town market in small wooden barges. Now the canals are plied by electrically powered descendants of these traditional crafts to allow visitors a close look at the riverside architecture.

Housed in a former 13 th century convent for Dominican Sisters, the Unterlinden Museum holds a major collection of Upper-Rhenish medieval and early renaissance sculptures and paintings, including several altarpieces by native son Martin Schongauer as well as works by Lucas Cranach the Elder and Albrecht Dürer. However, the highlight of its collection is the striking Isenheim Altarpiece, considered Matthias Grünewald’s greatest masterpiece.

Colmar is also the birthplace of Frederic Bartholdi (of New York’s Statue of Liberty fame). A small museum dedicated to him outlines his life and work through paintings, drawings, metal and stone sculptures as well as personal objects and furniture. A number of his stone sculptures can also be found around town. 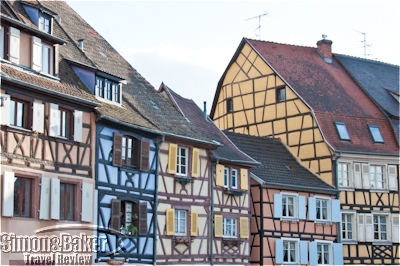 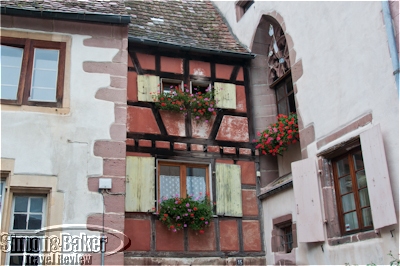 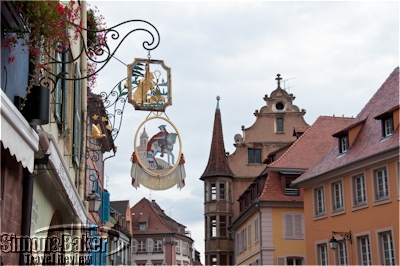 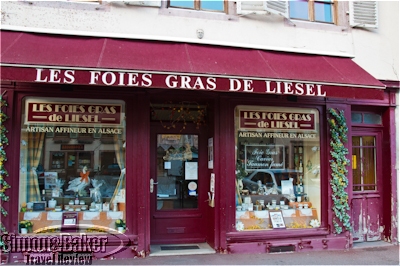 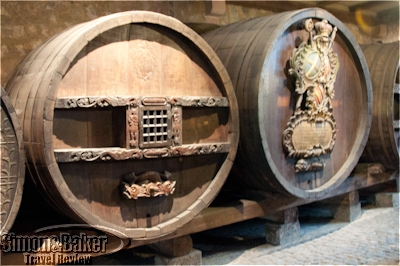 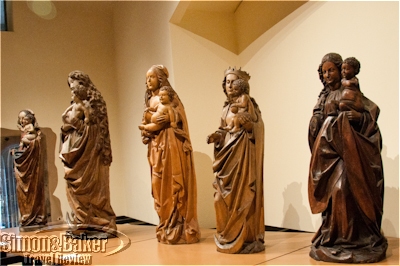 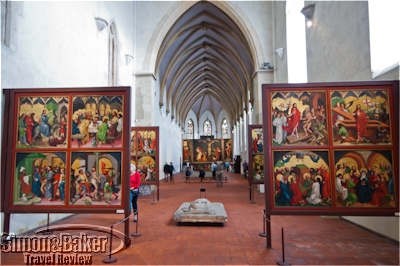 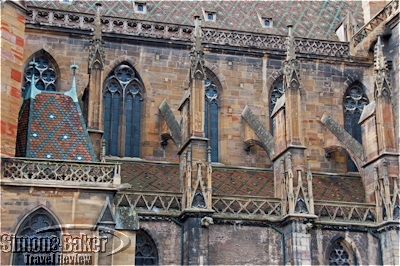 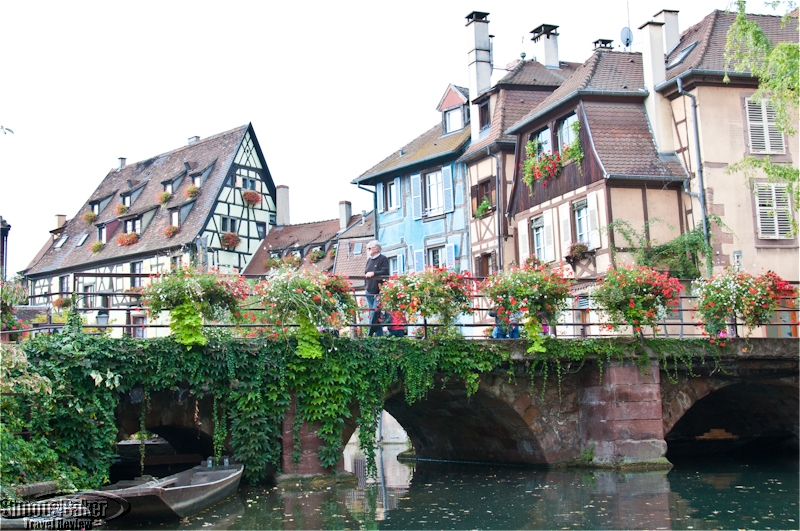